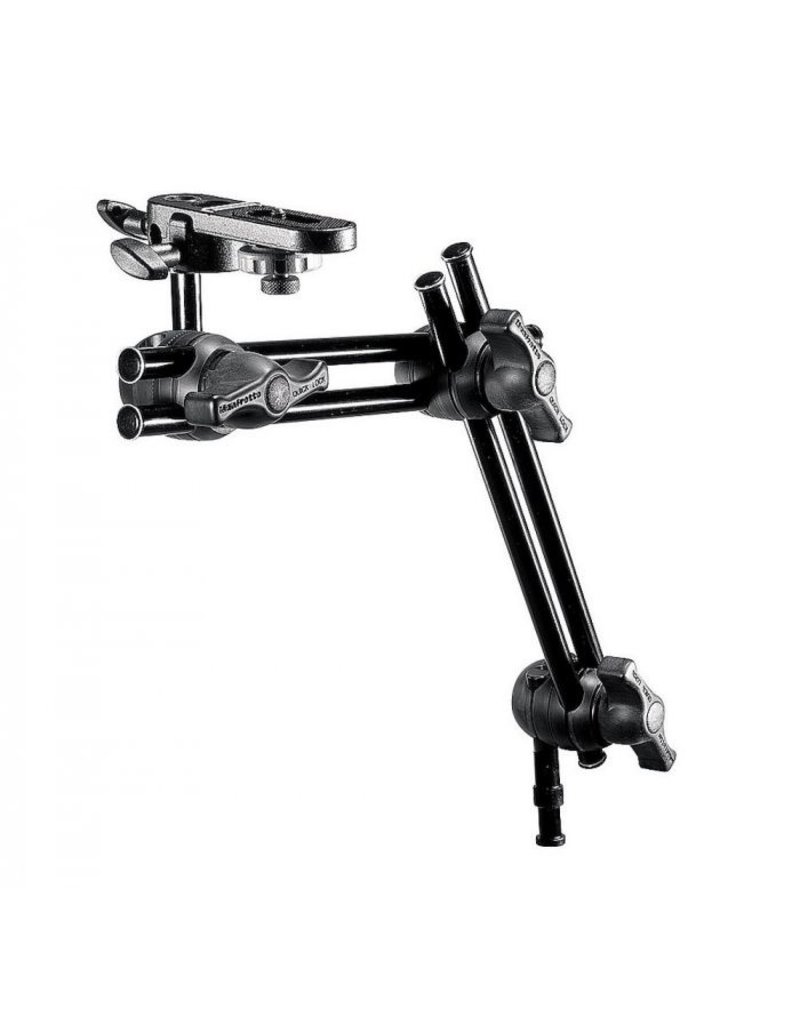 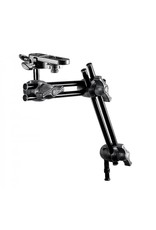 The Manfrotto 396 family can carry loads up to 5kg while retaining versatility The 396B-2's extendable boom system extends to 625mm.

Excellent performance: robustness, lightness and versatility... these are the features of the double articulated arm range.

The 396 family from Manfrotto has been developed to provide a greater robustness than the 196 range and to support heavier loads (upto 5kg), though keeping versatility thanks to its extendable sliding arm system (extends upto 625mm), further enhanced by its quick lock system.

The new bottom attachment adds to the strength and versatility of the 396, with a spigot that combines both a hexagonal part (for anti-rotation fixing to the Superclamp system) and a universal adapter section (for fitting to a wide range of stands, clamps and accessories).
The top attachment is provided with a camera bracket with 16mm spigot and camera attachment, while the bottom attachment is provided with a double-anchored 16mm hexagonal/universal spigot.

Add your review
0 stars based on 0 reviews 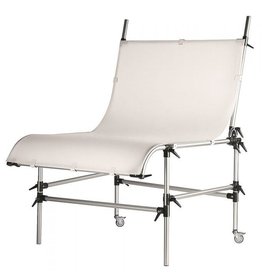 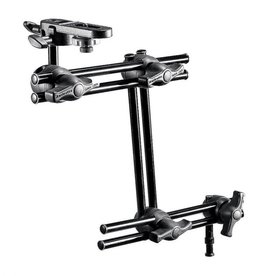 The light- and studiospecialist
in The Netherlands

More than 3000 products
available from stock

Atmospheric showroom
and own repair department